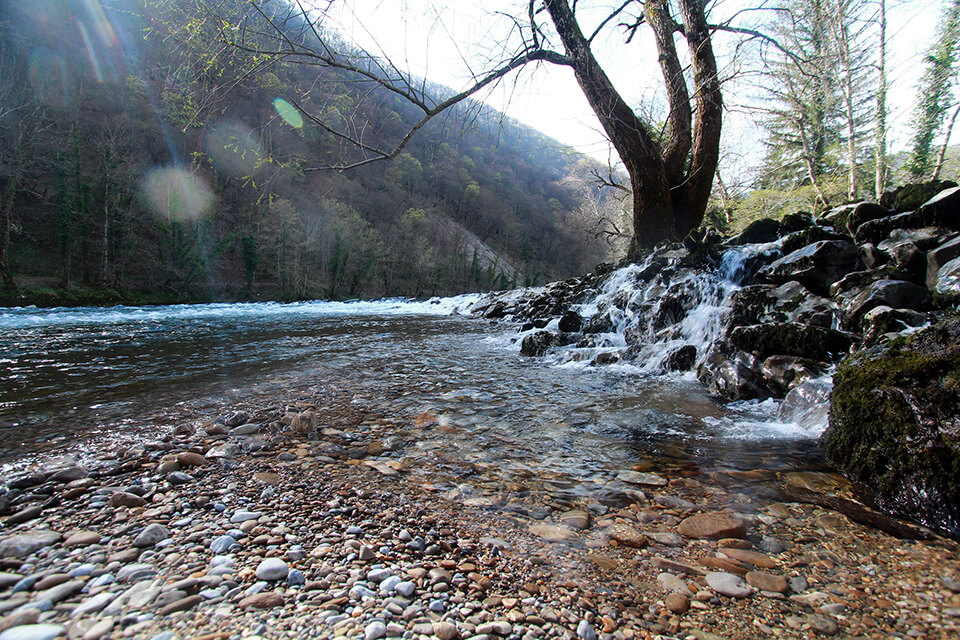 The Kolpa River is the largest tributary of the Sava River in Croatia. The total area of the basin is 10,236 km2; part of the basin is located in the Republic of Slovenia and part also in Bosnia and Herzegovina. The Kolpa basin in Croatia measures 8,412 km2 and accounts for 15% of the territory of the Republic of Croatia. The total length of the watercourse is 294.4 km. Part of the upper stretch of the Kolpa forms the border river between Slovenia and Croatia.

The Kolpa rises in the north-eastern slopes of Risnjak as a karst spring. The river basin is located in the north-western part of the Dinaric Alps; the lowland part is located on the edge of the Pannonian basin. About 27% of the river basin’s surface is karst, which significantly affects the water regime. The total difference in elevation from the source to the outflow is 227m. The border stretch of the Kolpa has the characteristics of a gorge, while the water regime is torrential. The natural characteristics (climatic, geographical, geological) of the Kolpa basin vary markedly from the south-west to the north-east, from humid forest, high mountain karst through pasture plains of the fluviokarst to a partially cultivated lowland hilly terrain with the characteristics of continental climate. The cross-border Kolpa basin has an area of 2,168 km2 to the Kamanje profile. The average annual rainfall in the cross-border part of the basin in Slovenia is 1700 mm to 2900 mm; average air temperature is 11.6° C. The water regime is characterised by occurrences of high waters during the autumn-winter-spring period, a marked increase in water surges, but also rapid decline; in the summer period, minimal flows are recorded.

The Čabranka River rises in the immediate vicinity of the town of Čabar. The Čabranka flows into the Kolpa downstream from Zamost, the Čabranka. The total length of the Čabranka from the source to the outflow in the Kolpa is 13.4 km. Vertical flow stability is fixed with a series of sills, and there are vertically enforced embankments along the roads and in settlements. 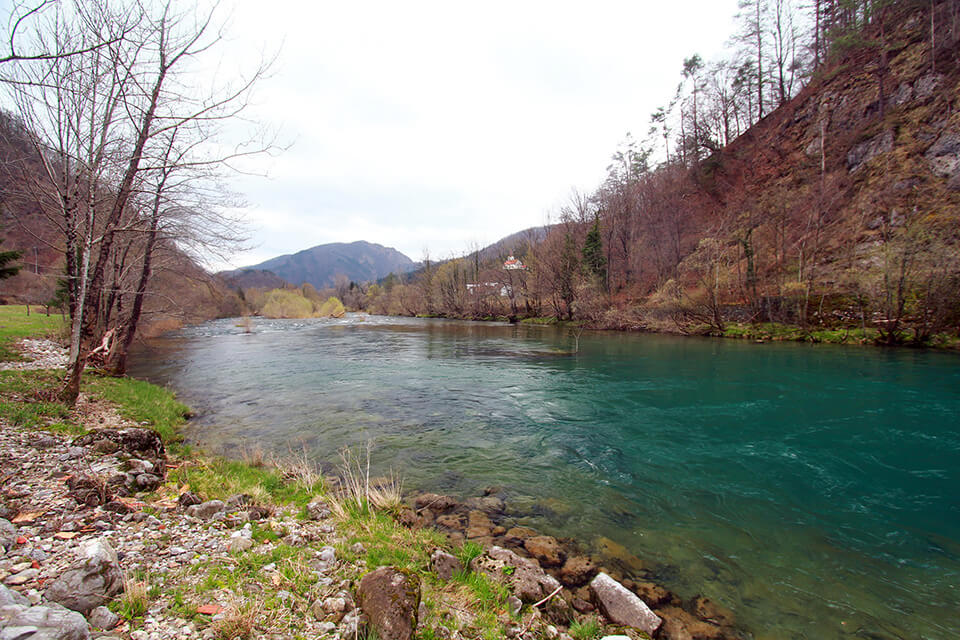 The occurrence of floods on the Čabranka or the spread of major flood waves along its course is associated with several days of heavy precipitation in the basin leading to saturation of the soil. The wetness of the soil combined with the powerful surface inflow of streams and torrential currents causes the formation of flood waves in the Čabranka riverbed. These waves last for a short time (up to 24 hours), but are associated with a high-speed current and large-scale transfer of sediment (gravel) and floating debris. In such situations, transversal objects (bridges, culverts) and major constrictions result in the creation of blockages and obstacles, which significantly increases the destructive power of such floods. The highest water level recorded at the limnograph station at Zamost is 344 cm, which corresponds to a flow of 128 m3/s.

River Kolpa from the source to Kamanje.

The source of the Kolpa lies on the north side of Risnjak at an elevation of 319m a.s.l. and is a typical karst spring. Its rate of flow is between 0.5 and up to several 10 m3/s.

Along its course in Slovenia and Croatia, the Kolpa floods inhabited areas in canyons where the riverbed is bordered by a road or settlement. It also floods local extensions of the valley that extend along the riverbed. Due to the settlements, flood damage is a characteristic of these areas, but in recent years it has been partially reduced by the construction of water management facilities. Along the Kolpa riverbank, a series of transverse water sills has been built throughout the history to stabilise the riverbed and to use the energy of the water to power mills and sawmills. The sills in the Kolpa stabilise the flow profile of the riverbed; there are around 60 sills in the border stretch of the Kolpa. The sills are made of stone, but recently their cores have been made of reinforced concrete due to their stability and durability.

Recently, numerous reinforcements of the embankments have been made along the river in order to protect the settlements and roads on the right bank. Such facilities can be found, for example, in the reinforcements of the Hrvatsko, Kuželj and Brod na Kupi embankments. Protective regulation facilities are built on the tributaries of the Kolpa, mainly in the lower part of the Turka torrent and part of the Kupica River through the village of Mala Lešnica. In addition to settlements, the Kolpa and its tributaries often flood agricultural areas along the river, which are unregulated flood areas.