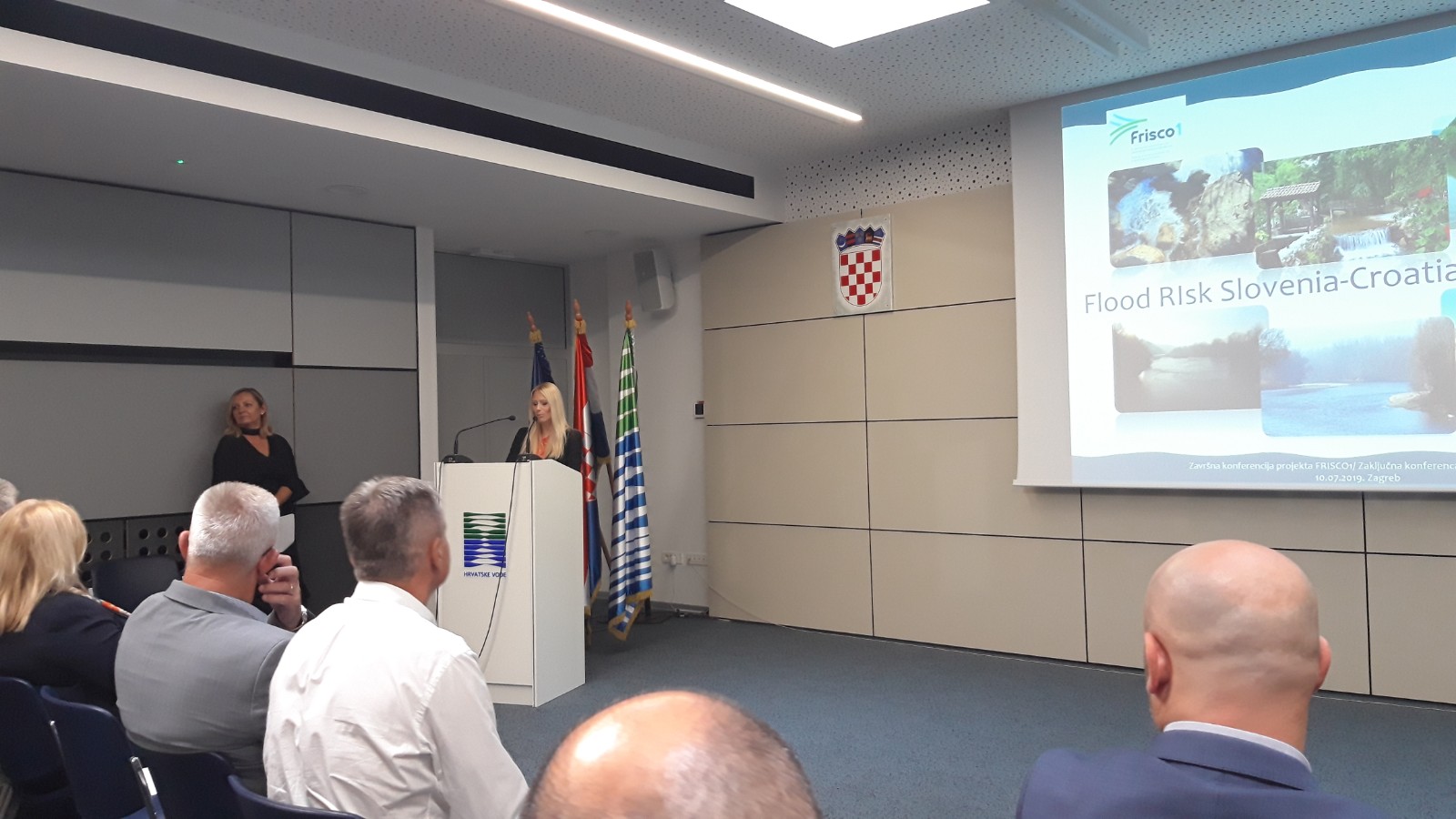 The results and recommendations of the successfully completed FRISCO1 Project, “Cross-Border Harmonized Slovenian-Croatian Flood Risk Reduction –– Non-Structural Measures”, have been presented. The FRISCO1 Project (Flood Risk Slovenia-Croatia Operations 1) was implemented under the INTERREG V-A Cooperation Programme Slovenia-Croatia 2014-2020 with the objective to reduce flood risks in the Kupa/Kolpa, Sutla/Sotla, Mura, Drava, Dragonja and Bregana river basins. Through Croatia-Slovenia cooperation, the project has analysed the river basin measures and optimum solutions for the application of individual or combined flood risk reduction measures.

The Project with a value of € 3.7 million or HRK 27.9 million was implemented over a period of 40 months, from 11 April 2016. As much as 85% of the project amount was co-financed from the European Regional Development Fund (ERDF), with the remaining 15% co-financed from the national sources. It was implemented by eight Project partners, three from Croatia (Hrvatske vode (HV) as the Lead Partner, Meteorological and Hydrological Service (DHMZ) and Ministry of the Interior, Civil Protection Directorate), and five from Slovenia (Ministry of the Environment and Spatial Planning (MOP), Slovenian Water Agency (DRSV), Slovenian Environment Agency (ARSO), Administration for Civil Protection and Disaster Relief (URSZR) and Institute for Hydraulic Research (IHR)).

“The purpose of cross-border cooperation is to address common challenges identified in the border areas using the available European Union funds and resources from both countries and the potential for development, growth and strengthening of cooperation for the harmonized development of the European Union. Continued investment in projects such as FRISCO1 is necessary for the harmonized action for the protection, improvement and sustainable use of water in cross-border areas”, said Mr Zoran Đuroković, General Manager of Hrvatske vode.

In addition to technical non-structural measures, the project has also developed a number of recommendations for efficient flood risk management. The Project activities included informing and educating citizens, elementary school pupils and other interested public: through 24 workshops the local communities in the six cross-border basins were informed about the Project objectives, activities and results and about actions to be taken in case of a flood risk (before, during and after a flood event). The public servants and officers from the competent institutions from both countries also took part in the education process. The project also included implementation of activities identifying the measures to improve the early alarm and warning systems, as part of which 26 new sirens were installed.

The FRISCO1 Project has achieved the set objectives, including improved databases, hydraulic and forecasting models for the river basins, flood hazard and risk maps for the purpose of more efficient flood risk management, prepared feasibility studies, maps and technical documents for the implementation of structural measures (implemented under the FRISCO2 Project), and raising public awareness about flood risks.

When analysing the optimum solutions and long-term flood risk management measures, special attention was given to the application of measures of green infrastructure which preserves the values of ecosystems and their services and provides additional benefits to the society, at the same time having a significant role in mitigating the impacts of weather and climate change associated with natural disasters.